Bitcoin, Litecoin, Ethereum and other cryptos

The virtual currency Bitcoin and other cryptocurrencies can now be traded with most brokers. With Bitcoin, no public institutions are required. Bitcoin was first published in 2008 under the pseudonym Satoshi Nakamoto. The payment transactions are made via a combination of many computers via a special software handled. To get Bitcoins, you only need a virtual wallet, a so-called wallet. A wallet exists only once and is encrypted. The wallet can be installed on any computer or smartphone. You can then use the bitcoin address to send or receive bitcoins. Thus, anonymous payments are also possible possible as your name or address does not appear. All movements are stored in the blockchain. The blockchain is a large database that is encrypted and used for is visible to everyone. The big difference of cryptocurrencies is that the currency is not issued by a bank. Bitoins are created by calculating complex arithmetic tasks, that require a lot of computing power. This is called mining. Mining creates new blocks and adds them to the database (blockchain). If you want mines yourself, there is powerful hardware with optimized chips. Special software runs day and night and solves the complex arithmetic tasks to generate new bitcoins. This consumes a lot of power and you should also pay attention to good cooling. 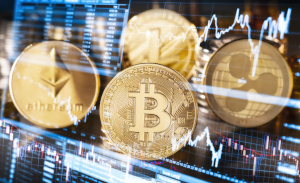 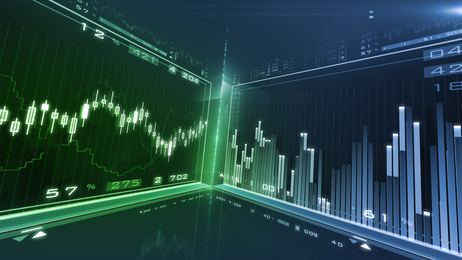 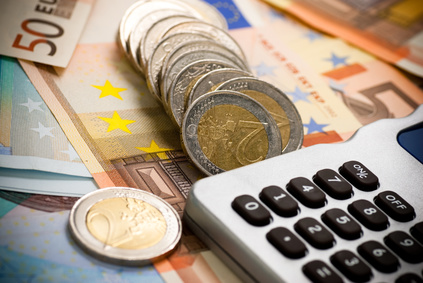 Since virtual currencies have established themselves and have already shown high price increases, you can trade cryptocurrencies on the forex with other currencies/currency pairs. At the first bitcoin course, you could buy 13 bitcoins for $1. The course then quickly rose to the single-digit dollar range. Eight years later, Bitcoin cracked the $10,000 mark. Bitcoin is still the best-known cryptocurrency and is also the most traded. Bitcoin is very popular with traders because they think it is possible to make big profits even though trading is a risky activity. CFD trading is particularly useful for trading bitcoin with leverage. However, one should note that trading or CFD trading cryptocurrencies can be risky as the price can drop unexpectedly in a short period of time. A sudden change is possible at any time because of the course is formed continuously (24/7). One advantage of CFD trading is that you don't need to own bitcoin to benefit from a price fluctuation. the number of bitcoins, that can be generated is limited to 21 million. There are currently around 16.8 million. As with raw materials, pricing should take place through supply and demand. There are already spin-offs of Bitcoin such as Bitcoin Gold and Bitcoin Cash. Meanwhile, you can trade some cryptocurrencies on the Forex. For example: Ethereum, Litecoin, Ripple.

The cryptocurrency Ethereum has been around since 2015, with the developers aiming for an alternative to Bitcoin. Ethereum is much more than a cryptocurrency - it is an open source network. The price of Ethereum has also risen sharply since its launch. Some even claim that Ethereum is better than Bitcoin. For Ethereum there is at Unlike Bitcoin (21 million), they do not mine a cap. Etherum can be mined similar to Bitcoin. Also, the blocks become a lot by using a different method processed faster. Ethereum has the second largest market share after Bitcoin. Trade Ethereum with your CFD broker of choice to enjoy the benefits of crypto trading to benefit.

Litecoin is a major competitor to Bitcoin. The system is based on Bitcoin. Litecoin is also stored in a wallet. In turn, transactions are processed faster than with Bitcoin. Litecoin was created by Charlie Lee in 2011, who also has a public profile. Litecoin is cheaper than Bitcoin because you can mine more – the upper limit is there at 84,000,000. As with other cryptocurrencies, it has been possible to benefit from the market boom in recent years. However, it is unlikely that Litecoin will overtake Bitcoin.

After Bitcoin and Ethereum, Ripple is the third strongest cryptocurrency on the market. Ripple is also open source. As with Bitcoin, payment transactions can be carried out anonymously. With Ripple, however, transactions are processed faster. Ripple supports all currencies. You can manage your balance via a wallet. As with Bitcoin, the units are limited.
>> Cryptro broker comaprison

The cryptocurrency Bitcoin Cash (BCH) was launched on August 1st, 2017. It is a derivative of Bitcoin. One of the main differences is the block size. The block size is 1MB for Bitcoin and 8MB for Bitcoin Cash. The larger block size should enable faster processing of transactions. Bitcoin Cash can also be mined for coins to acquire. The upper limit is 21 million coins (same as Bitcoin). Bitcoin Cash mining should work faster and use fewer resources. The Cryptocurrency started at around $300 and has since doubled in price. Some investors wondered if Bitoin Cash could become the new cryptocurrency. bitcoin cash is in the program of many brokers and is one of the top 10, the most popular cryptos.

Bitcoin Gold (BTG) is the second descendant of Bitcoin after Bitcoin Cash. The fork was on October 24, 2017. Bitcoin Gold can also be mined with an upper limit of 21 million. Bitcoin However, gold uses a different algorithm. The block size is currently 4MB. There was also a rapid rise in the price of Bitcoin Gold at the beginning, with the course rising in a short time doubled.